X
This site uses cookies to provide and improve your shopping experience. If you want to benefit from this improved service, please opt-in.
More Info
Accept Cookies
OPEN FOR ONLINE & INSTORE SALES - SEE YOU SOON
Free Delivery On Orders Over £150
Five Star Service You Can Trust
Next Day Delivery On Orders Before 2pm 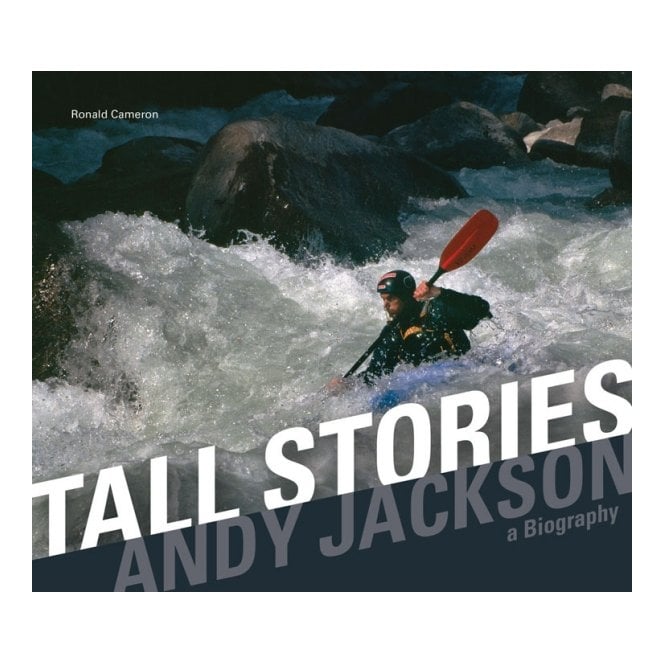 code: Cordee_Tallstorandyjac
Item in Stock Item out of Stock | Usually dispatched within 48 hours
Order within for delivery on Thursday 24th June
Loading...

A celebration of the life and adventures of Andy Jackson, Scottish kayaking legend. In December 2004 the kayaking community was stunned by the premature death of Andy Jackson.

Tall Stories collates accounts and photos of the tall man's adventurous life. As we follow him around the world, Andy's gregarious good humour comes across at every turn. From his native Scotland to Nepal, New Zealand and North America on his 'World Tour' and on to Iceland and Chile, Andy made a friend of everyone he met.

Every first weekend in September, kayakers from around the world gather at the Wet West Paddlefest to celebrate his life and paddle two of his favourite rivers. Andy will remain an inspiration for generations to come.

Ron Cameron first encountered Andy Jackson in Tain, Easter Ross when Andy was 19 and he was 43 and kayaked, skied and climbed with him regularly until the time of his death, suffering no significant injuries as a result. He was stupid/smart enough to rent Andy a house for about six years. Sometimes he thinks he should have stuck to climbing but paddling and skiing with Andy was a life enhancing experience.

Royalties to the Andrew Jackson Fund for Access and the IcFEM (providing education in Kenya).