X
This site uses cookies to provide and improve your shopping experience. If you want to benefit from this improved service, please opt-in.
More Info
Accept Cookies
ONLINE STORE OPEN AS USUAL
Free Delivery On Orders Over £150
Five Star Service You Can Trust
Next Day Delivery On Orders Before 2pm
New 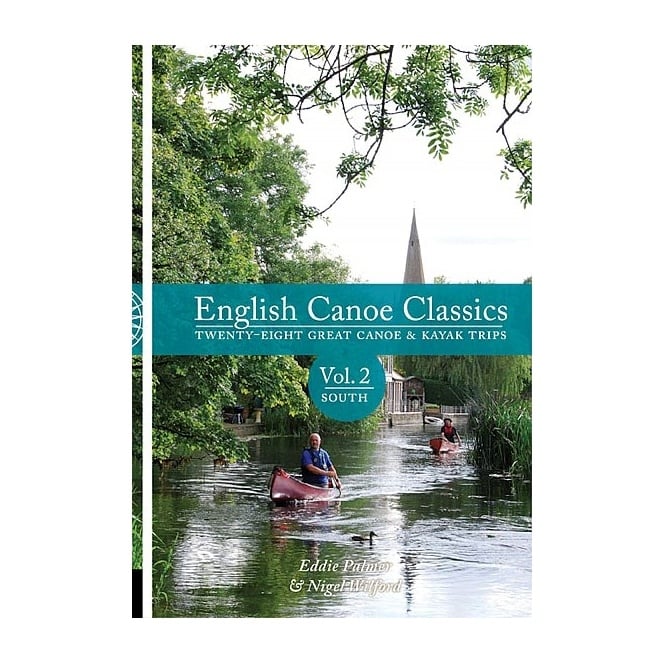 code: Cord_south
Item in Stock Item out of Stock | Usually dispatched within 48 hours
Order within for delivery on Tuesday 2nd March
Loading...

An illustrated guide to some of the finest tours of southern England's waterways, from the Grand Union Canal in the South Midlands to the River Tamar in the South West. Scenic lakes, placid canals and broad rivers, as they can only be seen from a canoe or kayak.

Eddie and 'Wilf' have chosen the best inland touring routes. They are described in great detail and illustrated with numerous colour photos and maps. The selected routes are suitable for open canoes, sit-on-tops and touring kayaks. Many of them can be tackled as a single voyage or a series of day trips, with campsites en route. The journeys are all accessible but highly varied, taking place on lakes, sheltered coastline, rivers and canals. A wonderful book for planning voyages and inspiring dreams, or sharing your experiences with others.

Eddie Palmer bought his first kayak over 50 years ago. It was a wood and canvas one in which he set out to paddle rivers in his part of middle England and Wales. Since then, he has kayaked and canoed extensively in the UK, Ireland, western and eastern Europe, the USA and Canada and southern Africa. His passion over the past few years has been for long-distance canoe-camping. After a competitive career in slalom and whitewater racing, he still paddles whitewater. Eddie is a Board Director of the SCA and is the co-author of Scottish Canoe Touring, author of Scottish Canoe Classics and co-author of Irish Canoe Classics (all published by Pesda Press).

Nigel Wilford has been involved with canoeing for most of his adult life, paddling throughout the UK, mainland Europe, Canada, USA and New Zealand. In 1991 he joined the British Canoe Union's coaching service, helping others to improve their canoeing or to become better coaches. Nigel has held various roles within the BCU including Local Coaching Organiser and English Whitewater Safety Coordinator. He is a BCU Level 5 Coach and member of Team Pyranha

You are responsible for return postage costs to us and the goods must be in an 'as new' condition. We will pay for postage back to yourself of the new item except for canoes, kayaks and paddles.